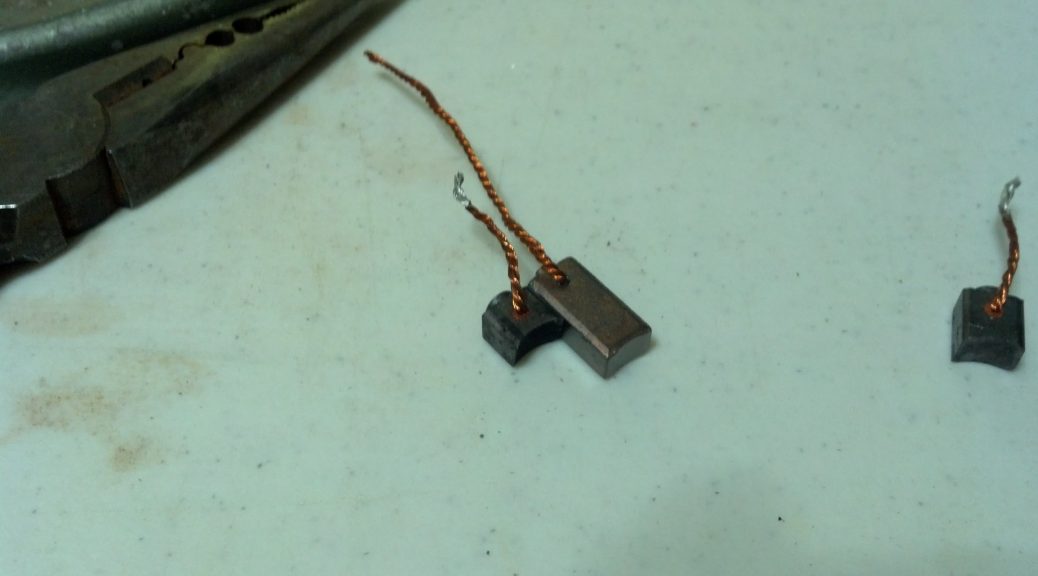 After a little over 300,000 miles on my 1998 Toyota Tacoma, the alternator finally died this week. A re-manufactured one is around $130, so I decided to rebuild mine.

There are a couple ways to do this, one is to get an alternator brush set like the one I got from O’Reilly Auto Parts (P/N:32–0123) for $5. Or, you can get the Toyota kit that comes with the entire brush carrier assembly (around $20).

You need to remove the rear shield to get to the brushes. Remove the three 8mm bolts, and the 10mm nut on the battery terminal. After that, just pull the cover off.

Remove the 2 Philips head screws to get the brush carrier out. Make sure you get a good screw driver, as these screws can strip easily.

Now the fun part, replacing the brushes in the carrier. Using a high temp soldering iron, heat the solder on top of the carrier until the brush spring pushes the brush out. You may need to help it with some pliers.

Once you get the old brushes out, time to install the new brushes. They come with an extra long lead so you can set the depth so that the brushes don’t fall out as they wear. after you are done soldering, and brushes set to proper depth (they should not be able to fall out of the carrier, but should be pushed out by the spring as far as possible for long life), go ahead and clip off the extra wire from the top of the carrier.

Smooth Up the Armature

Before putting all back together, take some fine grit sandpaper and clean up the armature on the alternator. If yours has grooves in it like mine, just try to get as much of the groove out, but don’t take too much material away.